In the Orthodox world there are only 5 Lavras. Kiev-Pechersk Lavra is the oldest of them. It is a world-famous place for Orthodox Christians pilgrimage.
7
4 Like
Google Maps
Add to trip

In the Orthodox world there are only 5 Lavras. Kiev-Pechersk Lavra is the oldest of them. It is a world-famous place for Orthodox Christians pilgrimage.

This Orthodox Monastery was founded in 1051 by an ascetic Antony from Lubecz, Chernihiv region. At first the monks lived and prayed in the caves, but later a big church and cells were built. In the 11th century the monastery became the centre of propagation and consolidation of Christianity in Kyivan Rus. An icon-painting shop and an infirmary were founded there. In the 12th century the monastery got the status of “lavra” and gained strength as the centre of writing of annals and hagiography. Working here were such well-known annalists as Nestor (author of The Chronicle of Bygone Years), Nicon and Silvester; and in the 13th century The Kyiv-Pechersk Paterikon was compiled.

In the late 12th century, defensive walls were erected around the Lavra. But in 1240 they were ruined by the hordes of Baty-khan. In 1698-1701 new fortifications with gun-slots and towers were erected parallel to the destroyed ones. In the 17th and 18th centuries the Church of All Saints over the Economic Gate, the Near and Far Caves ensembles, cells for the elders, a printing house and other structures were built. In 1731-1744 the Great Belfry (96.52m high) was erected. The architectural ensemble of the Lavra took shape by the late 19th century.

The caves of the Kyiv-Pechersk Lavra represent two underground labyrinths, independently dug in the loess soil (up to 2m high, 1.5m wide, over 500m total length) and divided by a deep ditch heading to the Dnipro River. The distance between the Near and Far Caves is 400 metres. Buried in the caves are such prominent figures of the times of Kyivan Rus as Nestor the Chronicler, Ilya Muromets, painter Alypius, medico Agapitus, the Chernihiv Prince Svyatoslav (Nicholas the Pious), and Bishop Simon – one of the authors of The Kyiv-Pechersk Paterikon. 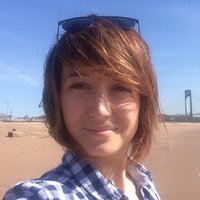 The building of the former hippodrome

Museum of Formation of the Ukrainian Nation

Museum of the History of the Toilet in Kiev

The view point at Mariinsky Park