The National Dendrological Park "Sofiyivka" is one of the most outstanding creations of the world landscape art of the end of the 18th century and the first half of the 19th century.
2
12 Like
15
Google Maps
Add to trip

The National Dendrological Park "Sofiyivka" is one of the most outstanding creations of the world landscape art of the end of the 18th century and the first half of the 19th century.

Park is spread over an area of ​​almost 180 hectares on the sidelines of the ancient city of Uman. It combines more than a hundred buildings and small architectural forms - monuments of national importance; has approved zone protection. He founded the park in 1796 by a Polish magnate Stanislav Potockiy in honor of his wife, the beautiful Greek Sophia and gave it to her on the day of her angel, in May 1802. The idea of ​​creating a park in the romantic style with Roman and Greek mythology belonged to Sophia herself. Amazing landscapes, exotic plants, ancient sculptures, ponds, waterfalls, fountains, stone grottoes - all in harmony and create a unique atmosphere of a fairy tale. This masterpiece impresses visitors with its beauty for over 210 years. The park has even well preserved oak aged about 400 years - a silent witness of many events that took place there. According to a popular legend, under this oak gathered for a meeting legendary leaders Maksym Zalizniak and Ivan Gonta. The park is decorated with artificial rocks (Leucadian, Tarpeian, etc.), caves (Venus, "Nut", "Fear and doubt", etc.), pavilions (Flora, Pink), summer houses and sculptures. 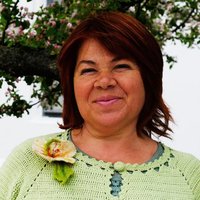 Church of the Assumption of the Virgin

Museum of writers and artists of Uman district

Museum of culture and life of Uman district