It was founded in 1993 on 286 hectares, where more than 400 pets live – representatives of the steppe, forest-steppe, and even forest fauna.
1
Like
Google Maps
Add to trip

It was founded in 1993 on 286 hectares, where more than 400 pets live – representatives of the steppe, forest-steppe, and even forest fauna.

A unique opportunity to observe the behavior of animals in natural conditions is provided by the zoological park "Tavria". On the territory of 286 hectares, more than 400 pets – representatives of the steppe, forest-steppe and even forest fauna – roam freely.

The natural zoological park "Tavria" was founded in 1993 in one of the most picturesque corners of Zaporizhzhia, where areas of the steppe alternate with shady groves. In some places, there are lonely standing acacia trees. On the bottom of the beam there is a brackish river, blocked by a dam. Several lakes are formed here, where the fish are bred. It all started with seven pairs of wild ungulates, brought here from the famous reserve "Askania-Nova" and the island of Biryuchyi. Among them were Przewalski's horse, North American bison, European mouflon, roe deer, fallow deer, noble deer, and kulan.

Comfortable conditions created by the staff allowed to significantly increase the population of these animals. 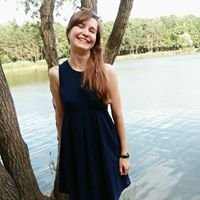